Relativity is a weird and wonderful branch of physics. It is chock full of lasers, contracting objects, and terrible Star Trek references. But since it is so outlandish, it also contains many paradoxes. More often than not, these paradoxes come from the fact that we do not fully understand the rules of relativity, rather than an inconsistency of the theory itself.

Of course, a good way to make sure that you are on the right track is to check your work in a few different ways; since the theory of relativity ought to be self-consistent, there ought to be a few different ways to derive a common result. A bit of mathematical creativity will ensure that your calculations are correct and your assumptions are valid. It may even lead to a bit of deeper insight.

I offer three different derivations of the relativistic Doppler effect in this post. The first one is easy to understand, needing only the concept of time dilation and the basic tenants of special relativity. The second one is the textbook-derivation of the effect in one dimension. The final one is a derivation Doppler effect using the full Lorentz transformation in all four dimensions. It results in a surprising conclusion. 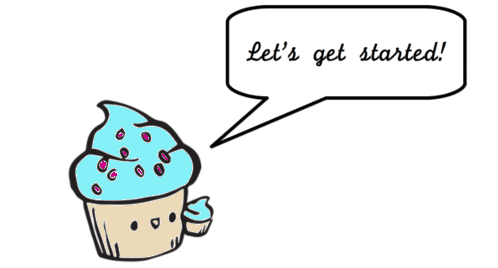 Start with the definition of time dilation.

We know that frequency seen by the observer () is inversely proportional to the time-dilated period :

Plug your expression for into the one for time dilation:

We usually write the ratio of the frequencies.

This is the textbook method to getting an expression for the relativistic Doppler effect. Just to keep everything simple, we will assume that our rest frame and the frame of the source coincide at time . This means that the reference frames cross at (0,0). We can use the Lorentz transformations to translate position and time in the observer’s frame of reference (t,x) to position and time to the source’s frame of reference (t’,x’).

We can simplify this expression:

We finish the derivation by noting that and :

I know what you are thinking. Those two derivations above were a piece of cake. Let’s up the difficulty! Bring on the tensors!

In our case, since and :

The source emits a photon with energy that travels along the -x axis. The four vectors of the photon in the source and observer reference frames are:

Let’s solve for the four vector of the photon in the reference frame of the observer:

We have seen that term before from above:

Once again, the source travels along the +x axis with a constant velocity of . Then:

In the non-relativistic case, if you are traveling at 90 degrees with respect to the motion of the source you do not see any Doppler shift. However, when you are moving at relativistic speeds, you see a Doppler shift perpendicular to the motion of the source; note the non-zero component along the x-direction. This is called the transverse Doppler effect.

There we have it! Three derivations of the relativistic effect, all of them yielding the same answer. As a bonus, the final derivation yielded both the Doppler effect and the transverse Doppler effect.