Excess Charge Density in a Conductor

How long does it take the excess charge to dissipate from the inside of the conductor? That is what I plan to answer today. Let’s go through a small derivation - one that you can read over as you sip your Labor Day cocktails. 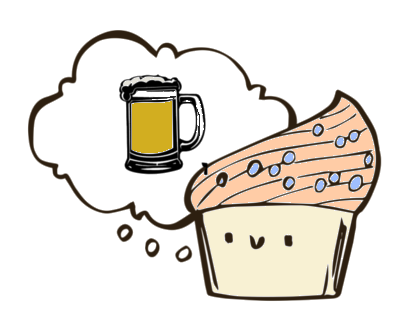 A Couple of Derivations

There are lots of ways to derive the time evolution of the charge density within a conductor. Below, I demonstrate two ways to do it - one using the continuity equation for charge and the other starting from Ampere’s law with displacement current. In each of the derivations, the time dependent charge density is given by .

Let’s start off by writing out the continuity equation for charge.

Plug in and simplify.

Thus, we end up with the following differential equation.

This particular differential equation has a simple solution.

In the expression above, is a constant that can be solved for by plugging in the initial conditions of the system. We will say that when . Then:

Let’s redo the derivation with Ampere’s law. Notice that we include the displacement current term.

Once again, the current density is related to conductivity and electric field.

Plug the expression for current density into Ampere’s law in order to put everything in terms of electric field.

Once again, we see the divergence of electric field. We know how to handle that!

This leads to the same final answer as above when we use the same initial conditions.

How Fast Is It?

In the table below, I list the conductivity, the time constant of the density equation (), and the time it takes for 99% of the charge to dissipate from the bulk of a conductor. Notice that my units for time are attoseconds ( s).

So how fast is it? Really fast. See you next week!