When physicists study the double pendulum, they often do so in the context of chaos theory. It is one of the simplest dynamical systems that has chaotic solutions. However, under the right conditions, even the double pendulum simplifies down to a simple series of oscillators with well-defined normal modes. Let’s take a look.

We will start off with a diagram of the double pendulum. Suppose two point masses (each with mass ) are attached to two massless strings (each with length ). We measure the angles and from the rest positions of each pendulum. 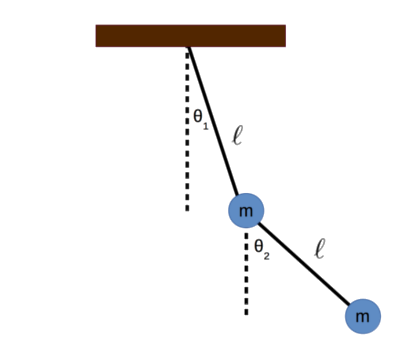 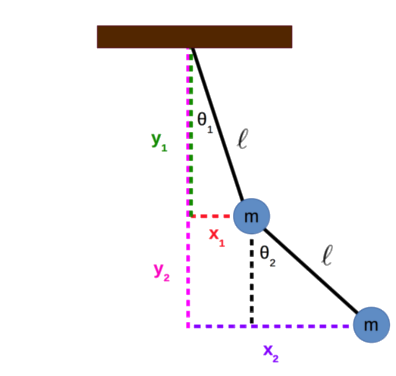 We want to analyze the motion of the double pendulum under small angle oscillations ( and close to zero). In that case, we know that and .

Notice how and are equal to zero under the small angle approximation. Thus, the masses have negligible motion in the vertical direction, and we can ignore the -component of acceleration. Let’s set up Newton’s laws for each mass along the horizontal () direction. Let and be the tensions in the upper and lower strings respectively.

The small angle approximation implies that the double pendulum will hang almost vertically, even during the oscillations. Thus, the magnitude of the tension in each string is simply equal to the weight of the masses that it supports; the tensions are and .

It is easiest to solve this system of equations by writing it out in matrix form.

Let’s assume that the oscillations have a form . Then:

Plugging these expressions into the matrix equation yields:

We can solve for using the quadratic formula:

Now we can solve for the eigenvector corresponding to :

Thus, the two normal modes for the double pendulum at small angle amplitude are: 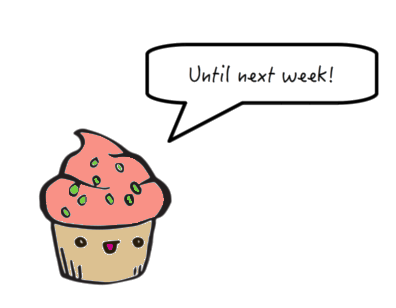