The concept of reduced mass is very useful in the field of classical mechanics; it is often used to simplify complicated problems that could not otherwise be solved. Suppose I am analyzing a two-body problem. Specifically, a point mass has a position , and a point mass has a position . The only force that will influence the path of the particles is the central force between them (e.g. gravitational force, Coulomb force, force of a harmonic oscillator, etc.). We can calculate the motion of each point mass using Newton’s second law:

In the expressions above, is the force that particle j exerts on particle i. We will assume that the two objects are isolated, and thus, only feel the central force. Using Newton’s third law, we know that the forces must be equal and opposite: . Let’s simplify the notation by calling the force :

Now, we have a pair of second-order, coupled, differential equations. Solving this system can be a bit tricky if we try to handle both of these expressions simultaneously. Luckily, there is an easy way to recast this problem and find a solution using reduced mass.

Let’s take a small detour. We can calculate the center of mass of this system:

And we can define the position vector connecting the two point masses and :

Now, we can rewrite and using the center of mass and .

Let’s double check these expressions to make sure they are true. Checking :

We can substitute these new expressions for and into Newton’s equations. The equation for becomes:

And the equation for becomes:

Here we notice something crucial. This two-body system is isolated from all external forces and torques. The center of mass of the system does not accelerate. Thus, the second time derivative of the center of mass is zero. The expression for becomes:

Similarly, the expression for becomes:

We define as the reduced mass of the system: 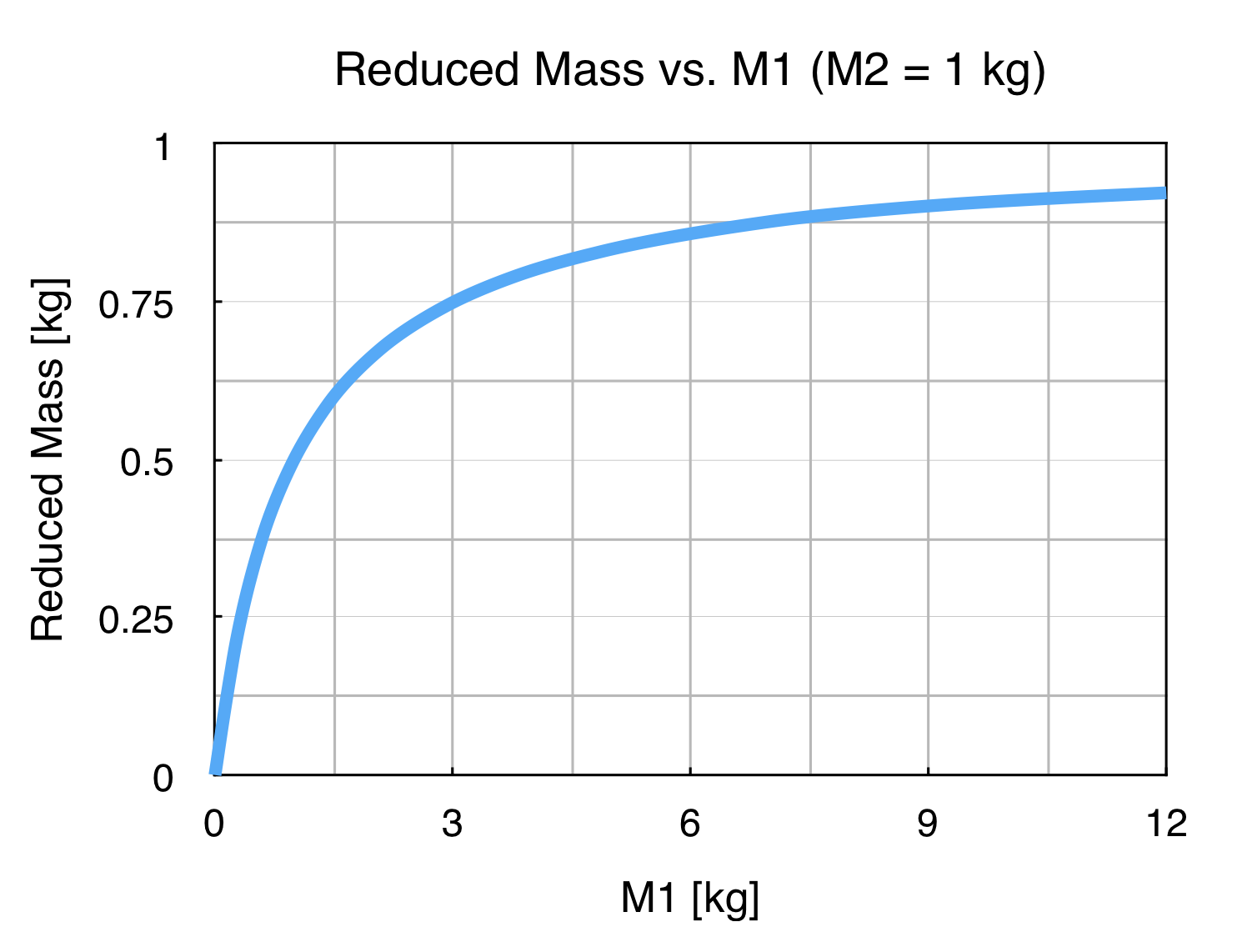 The reduced mass is interesting, but how do we use it in an actual two-body problem? Let’s use the binary star system as an example. Most of the stars in our galaxy do not exist by themselves. Instead, they orbit around another star, and the pair travels through space. This setup is called a binary star system.

We will analyze the two stars as if they were two point masses traveling in space. Space is pretty empty, so we can assume that they are pretty well isolated from everything else around them. The only force that each star feels is the gravitational force from its partner:

Let’s plug the gravitational force into the expression we derived above and see what we get:

To simplify the expression, let the total mass of the two stars be :

Next week we will solve this equation and use it to determine some of the properties of the binary star system. See you then!